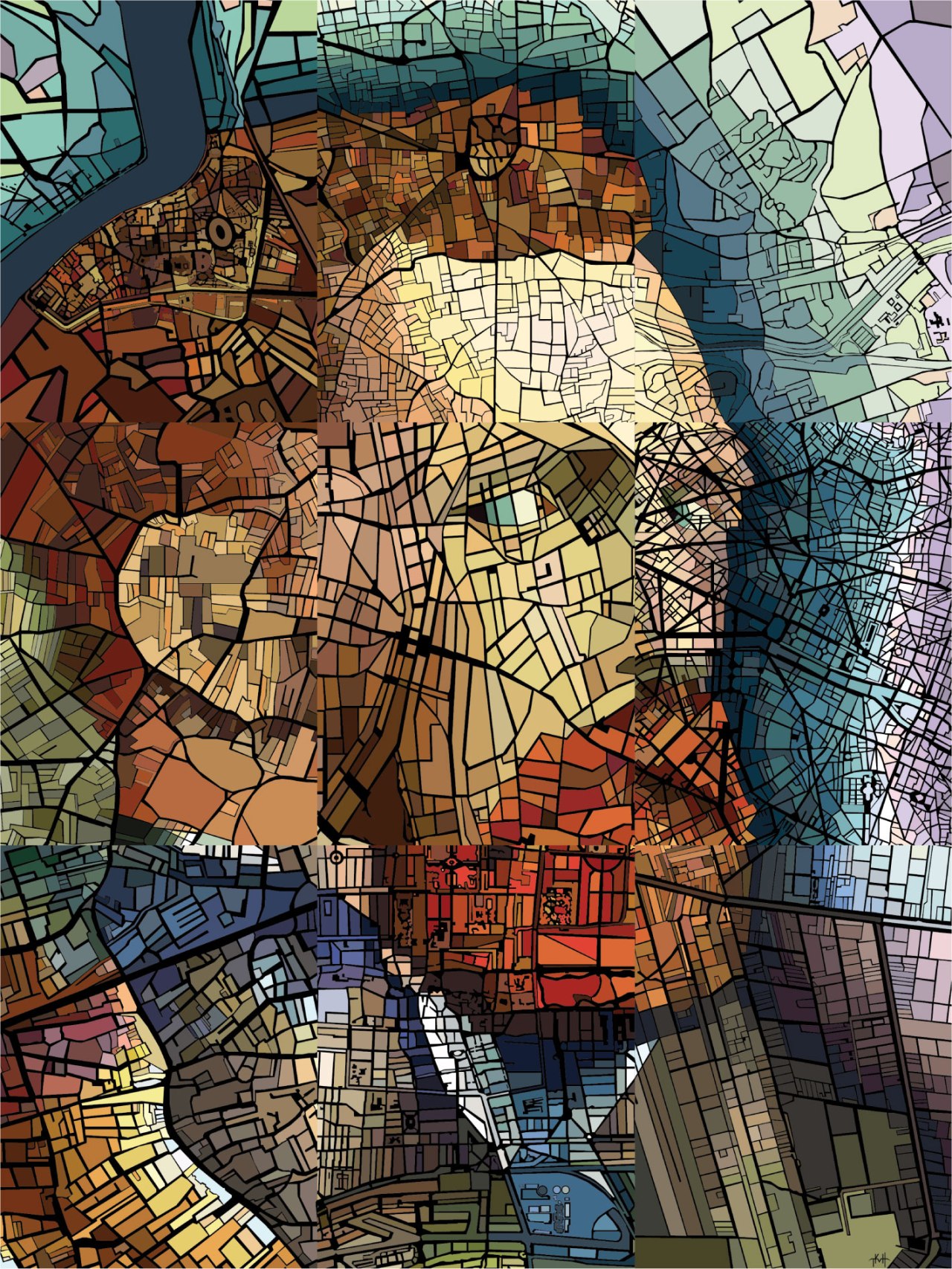 It was announced by the Vincent van Gogh painting competition that my entry (above) made it through to the next round.

Visit http://www.vangoghschilderwedstrijd.nl/schilderij/3243, and my entry will show up.

Explanation of the work: This year marks the 125th anniversary of Vincent van Gogh’s death. To commemorate him, I made this digital portrait, comprised of nine historic maps of places where Vincent lived and painted the majority of his work. Moving from the lower left corner to the upper right, the cities are: Etten, The Hague, New Amsterdam, Nuenen (Holland), Antwerp (Belgium), Paris, Arles, Saint-Rémy-de-Provence and Auvers-Sur-Oise (France). The colors correspond with those he used in the corresponding jurisdiction. The maps were then transposed into one piece, using a portrait of Vincent by Australian artist John Peter Russell as a source.

11 May 2015, it was announced by the AVROTROS Van Gogh Wedstrijd, sponsored by the Dutch media network, that my submission made it to the chosen group of 20 leading up to the final selection scheduled for this Sunday (out of 3700 entries).